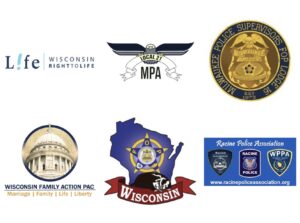 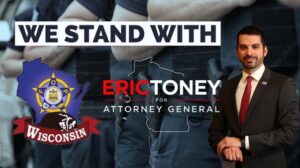 “Eric Toney has distinguished himself as a tough prosecutor dedicated to the safety of our communities. He has an exemplary track record of working with police to enforce and uphold the laws of the State of Wisconsin. Eric’s personal and professional achievements demonstrate a genuine support for law enforcement officers, as well as a deep understanding of the complex issues surrounding modern policing. His track record proves he is the best candidate for Attorney General – Wisconsin’s top law enforcement official.” 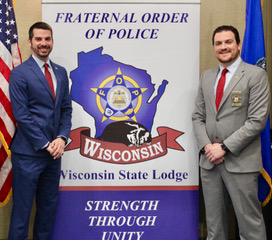 “The MPA’s decision to support DA Toney is not based solely on promises – it is a life and death decision for our police officers and our communities. When we hear, ‘defund the police,’ we need an Attorney General that will stand up to this rhetoric and fight for the resources needed to maintain law and order. But our current Attorney General has let us down. He has shown us that law enforcement and law and order clearly are not his priority. The so-called ‘Top Cop’ has put safety at the bottom. Eric Toney is the tough-on-crime prosecutor Milwaukee and the state of Wisconsin needs to combat the surge in violent crime and he’ll be a strong partner for law enforcement during this critical moment.” 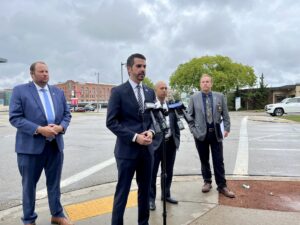 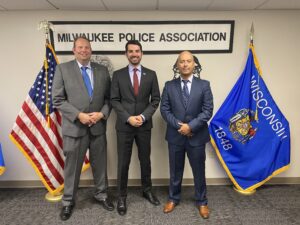 “As Fond du Lac District Attorney, Eric Toney has proven himself to be a tough but fair prosecutor.  He’s stood with law enforcement by working to keep violent criminals behind bars, encouraging programs to curb offenders from repeating, and ensuring deputies and officers have the legal knowledge they need to make sound decisions on the street when lives are on the line.  Please join me in endorsing Eric Toney for Wisconsin Attorney General.” 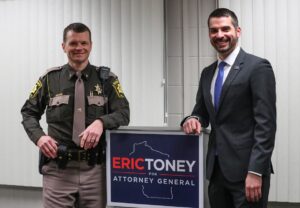 “The MPSO is endorsing Eric Toney for Attorney General of Wisconsin. Eric Toney has proved he is Law Enforcement’s choice for being a fair and tough prosecutor while working as DA of Fond du Lac County. History has shown that “weak” on crime prosecutors leads to rampant crime in our communities. It’s time that Wisconsin chooses a prosecutor who uphold the law and stand against the political pressures of the day. For these reasons the decision is easy and the Milwaukee Police Supervisors Organization is endorsing Eric Toney for Attorney General. Let’s make Eric Wisconsin’s Top Cop!” 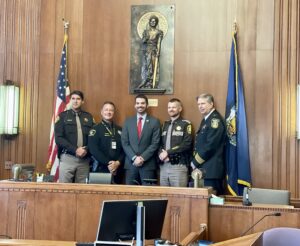 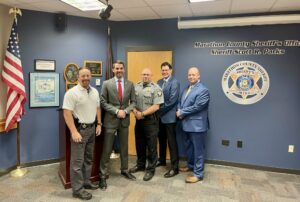 “Wisconsin needs a strong attorney general who will work in partnership with local law enforcement to restore law and order to our streets and communities. Eric Toney’s record of holding violent criminals accountable is unmatched in this race, and as a frontline prosecutor he has the right experience to serve as our state’s top cop. I enthusiastically endorse his candidacy and I look forward to working with him to make Winnebago County and the Fox Valley as safe as possible for our families.”

“Eric Toney is a tough-on-crime prosecutor, and he’s got the experience we need to restore law-and-order in our state. Eric Toney is an experienced and respected district attorney that is in the trenches prosecuting violent criminals in the courtroom. District Attorney Toney’s experience is what Wisconsin and law enforcement needs to serve as our ‘Top Cop’ and sets him apart as the best choice for Attorney General.”

“I’m honored and excited to endorse Eric Toney for attorney general. He’s a proven, tough-on-crime prosecutor who’ll work with local law enforcement to clean up the mess Josh Kaul has made at the Department of Justice.  Crime in Wisconsin is surging, and we do not have time for on-the-job training.  He’s the only candidate who has managed a team of prosecutors and utilized the resources of the DOJ to keep our communities safe. Eric Toney will make an excellent ‘top cop’ for Wisconsin.”
–Racine County District Attorney Patricia Hanson

“Eric Toney’s experience, passion, and vision for the Department of Justice makes him the best candidate for attorney general. It’s imperative the DOJ work in partnership with local law enforcement to improve public safety, and as a fellow district attorney I’ve personally witnessed his leadership skills as the President of the Wisconsin District Attorneys Association. I enthusiastically endorse Eric Toney for attorney general.”
-Marathon County District Attorney Theresa Wetzsteon

“I’ve known Eric Toney since he became District Attorney in 2013. With my office right in Fond du Lac, it gives me a continued opportunity to discuss criminal law issues with him on a regular basis. He has handled hundreds of criminal cases including some of the most heinous in Fond du Lac. The incumbent Attorney General appears incredibly concerned with keeping the prison population down – in the midst of spiraling murder rates and record drug overdose deaths. Eric views putting drug dealers and murderers in prison as a good thing, and I looking forward to voting for him. Additionally, all ten sheriffs in my district will be voting for Eric as well.”